You are booking for : 8D7N RAJASTHAN ODYSSEY 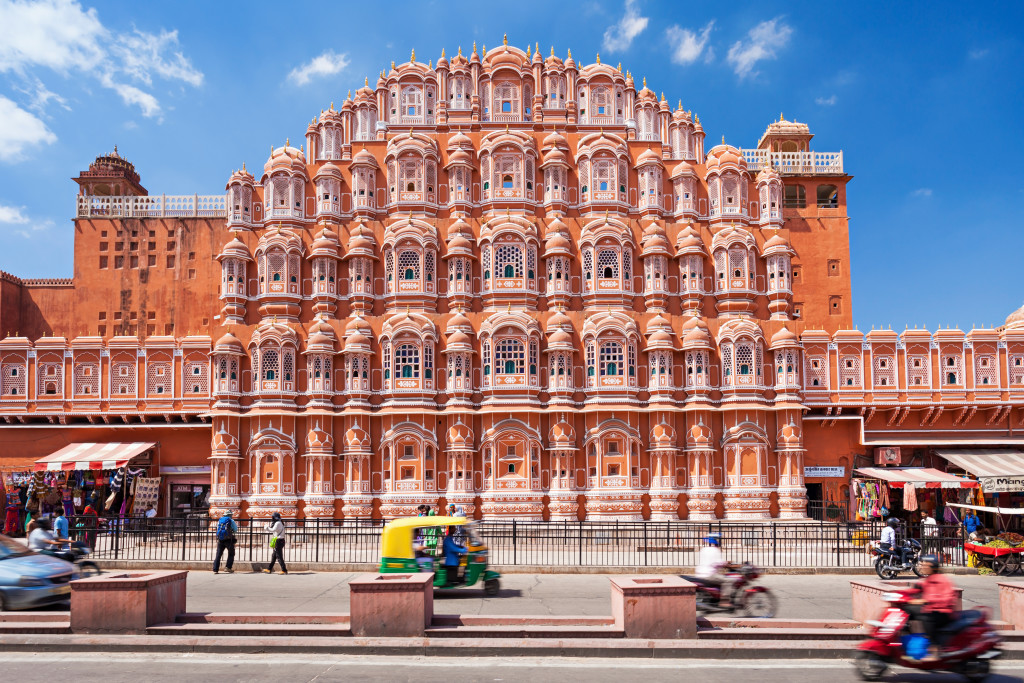 Rajasthan: Rajasthan is the land of Rajput Kings, a group of worrier clans, who have controlled this part of India for 1000 years.  It is a colorful state with stunning and elegant Palaces dot the desert landscape and battle-scarred fortresses appear on every hill like sentinels of the past.  It is full of Lakes, Sand dunes, Wild Life Sanctuaries and Beautiful Temples.  Rajasthan still retains an elusive fairy-tale character. It is a land where tales of valor of its medieval Rajput warriors are still sung by its traveling bards.  It is also known for tradition of craftsmanship with a highly developed aesthetic sense. The state is diagonally divided as the hilly and rugged south-east region and dry and barren north-east Thar Desert.  Rajasthan also have many festival and fairs.  Some of the popular fairs are Pushkar Camel and Cattle fair held annually in November, Camel Festival Bikaner held annually in January, Desert Festival Jaisalmer held annually between end January to mid February, etc.   The exact dates of the fair are determined by the Indian Lunar Calendar.

Fly to Udaipur either via Delhi by Singapore Airlines or Air India flight and transfer yourself to connecting flight to Udaipur.   On arrival, meet & greet by Odyssey Manager & transfer to hotel.

After breakfast drive to visit temple complex of Eklingji and Nagda, enshrining the deity of the Mahranas of Mewar. Built in 734 AD, Eklingji, a form of Lord Shiva is believed to be the ruling deity of Princely State Mewar and the Ruler Maharana rules as his Minister. On completion drive back to Udaipur and spend the rest of the day exploring the lake city. Visit the City Palace Museum. The entire palace is a delight, but highlights include the large peacock mosaics in the 17th-century Mor (Peacock) Chowk; mirror-encrusted Moti Mahal; the glass and porcelain figures of Manak (Ruby) Mahal, which has a central garden; the collection of miniatures featuring Krishna legends in Krishna Vilas (dedicated to a 16-year-old princess who committed suicide here); exquisite Zenana Mahal (Palace of the Queens); and the Chinese and Dutch ceramics of Chini Mahal.

Check out from your hotel after a relaxed morning and drive to Jodhpur to visit Jain Temples of Ranakpur, known for their intricate friezes and sculptures, dated back to the 15th century. This temple’s 29 halls are supported by 1444 pillars, none of which is similar. After lunch proceed further with your land journey to Jodhpur. On arrival transfer to the hotel for overnight stay. Afternoon visit the impressive Mehrangarh Fort overlooking the Blue City of Rajasthan and the Jaswant Thada Cenotaphs, the royal crem Jodhpur, Rajasthan, Indiaation centre. Among Rajasthan’s many princely settlements, Jodhpur is one of the most distinctive. This five-hundred-year old settlement was the headquarters of the Rathore Rajputs. On completion, visit the local rug-making factory and also some Jodhpur Paintings. 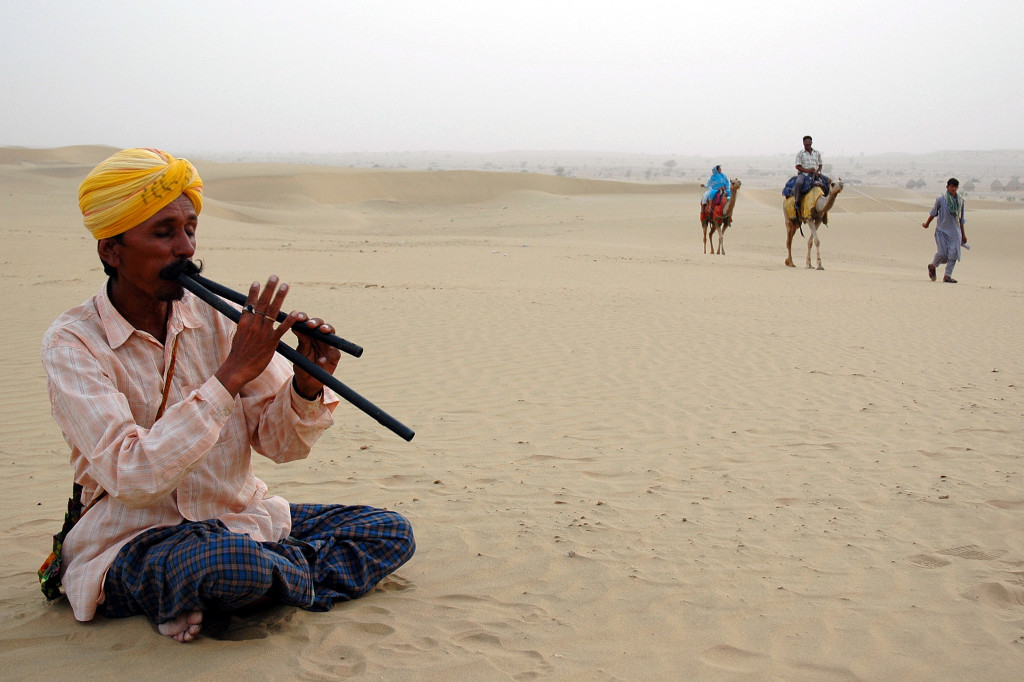 After breakfast, proceed with your road journey to your next destination of Jaisalmer. Also known as Golden City, in Jaisalmer stands the grand Jaisalmer Fort, declared as a UNESCO world heritage site. Today’s drive will witness changes in nature from semi barren Jodhpur town to the arid landscape with colorfully dressed local women working in the field or grazing flocks of sheep and goats along the route. Centuries ago, Jaisalmer was on the camel trading route between India and Central Asia. It is now a delightful city that rises from the desert like a golden mirage. Dominating the view is the awesome citadel on the hilltop fort built with the golden yellow stone.

After breakfast, we walk around Jaisalmer Fort, the monolith of stone, built in 1156 atop the 80m high Trikuta Hill. We will meander through alley ways lined with havelis sporting great intricate hand-carved sand stone latticed balconies and archways. Afternoon drive 50 km out of the town towards western border to Rajasthan with Pakistan, Sam sand dunes to enjoy a small camel ride on the sand dunes and witness the magnificent sun set among the local musicians and bunch of tourists. Due to security reasons it is not allowed to drive in further towards the border, on completion drive back to Jaisalmer for a comfortable stay.

After breakfast drive to the desert city of Bikaner – founded by Rao Bikaji (1465-1504 AD) in the year 1488 AD, Bikaner was once on the ancient trading route of caravans and has many forts, palaces and temples all created with unusual delicacy in red sandstone and a bustling bazaar. After lunch, visit Junagarh Fort, built in 1593 by Raja Rai Singh, a general in the army of Emperor Akbar. The fort reflects the impact of the Gujarati and Mughal architectural designs. Next we visit Camel Breading Farm and Jain Temple. 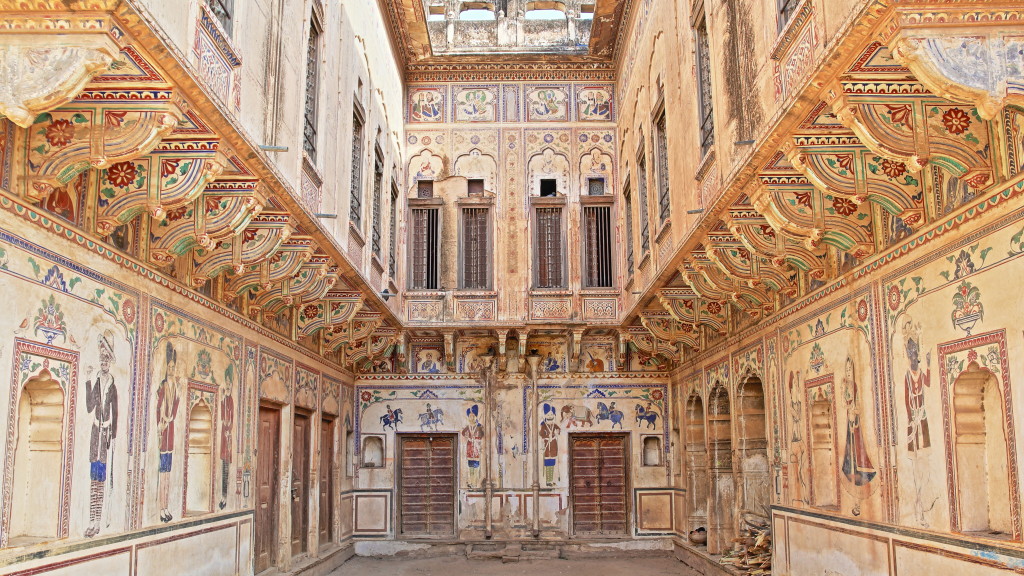 After breakfast drive 193 km, 3.30 hour to Mandawa.  On arrival after lunch visit some of the painted havelis. The little town of Mandawa was founded in the 18th century, by the affluent merchants, who built a lot of havelis and mansions in this area. Later on, many of these families moved out, which is why the colorful havelis remained neglected for a long time, till it was realized that these very mansions could become major tourist attractions.

After breakfast, drive to Delhi. On arrival shop or visit around Delhi as planned based on interest of guest in discussion with Odyssey Manager (Entrances if any to be paid by guest).  In time transfer to airport to board on your scheduled flight.

Hotels are booked and confirm only after booking with deposit is received.  Final Hotel confirmation is provided before final payment

Christmas & New Year Eve Dinner Supplement apply.  The exact cost shall be informed to guest at the time of confirmation of hotels only