You are booking for : 8D7N Sri Lanka Experience

Fly to Colombo. On arrival met by your representative and transfer to the hotel in NEGOMBO. If your flight arrive in the day time your chauffeur/Guide will take you around Negombo city and you can visit some British period churches, and spend good time at the beach.  Overnight stay at a hotel in Negombo. 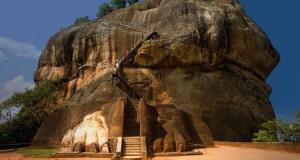 After breakfast proceed to Dambulla.  Afternoon start to climb the eighth wonder of the world “SIGIRIYA”. Sigiriya Rock fortress built by King Kashyapa (477-495 AD. The “Lion Rock” was the unusual beauty rising 200m from the scrub jungle. The rock was the innermost stronghold of the 70 hectare fortified town. A moat, rampart and extensive gardens including the renowned water gardens ring the base of the rock. Visit the world-renowned frescoes of the “heavenly Maidens” of Sigiriya, which are in a sheltered pocket of rock approached by a spiral stairway. These frescoes are painted in earth pigments on plaster. Sigiriya has declared as a world heritage site by UNESCO. Overnight stay in a hotel at Dambulla.

Proceed to Kandy. En route visit a Spice Garden in Matale to see the different spices for which Sri Lanka is famous for. You will be introduced to different spices such as Nut Meg, Cardamom, Cinnamon, turmeric, and shown how some of these spices are frown and processed. Proceed to Kandy. The hill capital, venue of the annual Esala Perahera, The last stronghold of the Sinhala Kings was finally ceded to the British in 1815. Kandy is an example of the Buddhism’s influence in Sri Lanka today. Temple’s shrines and monasteries keeping alive Buddhist traditions are everywhere. Kandy Cultural Dance Show is an early evening performance by the famous Kandy Temple Dance Troupe which incorporates highly rhythmic movements to the sound of temple drums and flutes.  Each of the energetic dances performed tells its own story. Traditional folk dance is a part of Sri Lankan way of life & dates back many years. Check in at Kandy Hotel in Kandy. 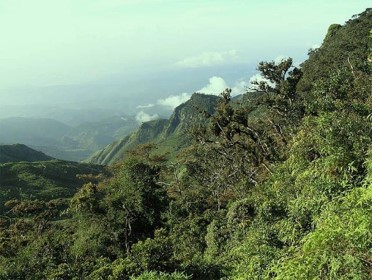 After breakfast, undertake a city tour in Kandy. It was the last capital of the ancient kings’ era of Sri Lanka. And it is declared as a World Heritage Site by UNESCO. Drive around the Upper Lake Drive – a place where one could have a bird’s eye view of the city below. A Gem Museum – to see how the valuable gems that you see on a shop shelf are turned out from a raw stone with the back ground history. In a Batik Making Factory, see how beautifully the village girls turn out beautiful colored cloths for different purposes with colorful designs.

Proceed to Nuwara Eliya, A journey to Beautiful green highest elevated place in Sri Lanka Nuwara Eliya. En route visit a Tea Factory and a Plantation to witness the manufacturing process of world famous “Ceylon Tea” and to taste a pure unblended cup of factory fresh tea before being sent to the Tea Auctions in Colombo leading to Export. Have lunch overlooking a beautiful waterfall on the way. Sightseeing in the city- the important places being the Victoria Park, Gregory Lake, Golf Course and Market etc.

After breakfast leave for Galle. Nuwara Eliya to Galle is one of the Most Scenic route in the Island. You will pass St. Clears water fall and Beautiful Devon water falls. Visit Mlesna Tea fortress and take photo with the giant tea Boiler.  If you like you can participate in white water rafting session at Kitulgala. Evening check in at the hotel in Galle and leisure at the beach.

Visit Galle Dutch Fort. Basking on the southern coast of Sri Lanka in the bay of Galle, the Fort was first built by the Portuguese in 1588 before being extensively fortified by the Dutch in the mid-1600s. Recognized by UNESCO for its cultural heritage value, the Fort was declared a World Heritage Site in 1988 as a unique exposition of “an urban ensemble which illustrates the interaction of European architecture and South Asian traditions from the 16th to the 19th centuries. “Most interesting Stilt fishing session in the afternoon. Drive to koggala to witness traditional stilt fishing and you can experience sit on the pole and fishing for sometimes. Visit Natural Moonstone Mine near Galle. Overnight stay at hotel in same hotel.

Colombo is the commercial capital and largest city of Sri Lanka, with a population of 5.36 million metropolitan area, with 555,031 in the city limits, and a popular tourist destination. It is located on the west coast of the island and adjacent to Sri Jayewardenepura Kotte, the legislative capital of Sri Lanka. Colombo is often referred to as the capital since Sri Jayewardenepura Kotte is within the urban area of, and a satellite city of, Colombo. It is also the administrative capital of Western Province, Sri Lanka and the district capital of Colombo District. Colombo is a busy and vibrant place with a mixture of modern life and colonial buildings and ruins. It was the legislative capital of Sri Lanka until 1982.  Go on a sightseeing tour in Colombo. Visit a famous River Buddhist temple (Gangaramaya), a Hindu temple, Independence Square, BMICH, replica of tallest standing Buddha statue in awukana, Independence Arcade, Shopping malls. Etc.

You will have Sri Lankan Crab dinner at a popular Chinese restaurant. OVERNIGHT STAY IN COLOMBO

After breakfast you will be transferred to the airport to board on your scheduled flight to Singapore.

Special Privilege: We provide you 5% discount card for shopping at ODEL Shopping Mall as per the terms and conditions from the ODEL Mall.