You are booking for : THE GOLDEN TRIANGE

? Odyssey Manager™ are in-housed trained tour manager who will manage all Incredible Odyssey tours to India. They will provide information and serve you based on your preference. From receiving you at the airport till your departure, they will accompany you for around 8-12 hours daily, to solve the contingencies that might arise along the way.  They can help make changes to the itinerary or add-on visits along the way if feasible. 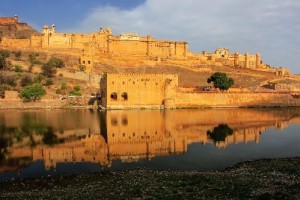 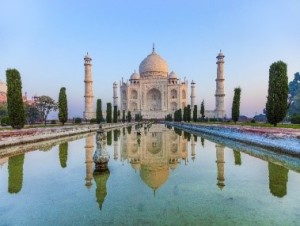 ? Humayun Tomb belongs to a Mughal Emperor. It is the first garden-tomb on the Indian subcontinent. 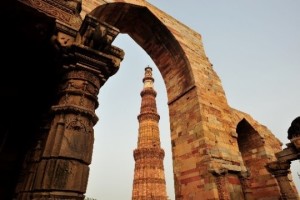 ? Qutub Minar was built in 1199 by Qutub-ud-Din. The sultan’s successor and son-in-law, Iltutmish, completed it. The purpose of building is unclear. Some believe that it was built as a tower of victory, signifying the beginning of Muslim rule in India, while others say it served as a minaret to the adjoining mosque.

? Lights and Sound Show at Red Fort is a quick, interesting and informative way to learn about the Delhi’s history, with a journey from the Mughal era to the British period to current day Delhi. It was built to be the Royal family’s residence and was named “Qila-i-Mubarak”, the blessed fort. It has a blend of Persian, Indian and European art, which developed into a new Shahjahani style. 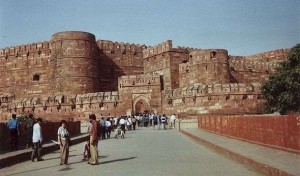 ? Agra Fort the crescent shaped fort that was commissioned and constructed with deep moats surrounding the outer 2.4 km wall facing the river and provides a good view of Taj Mahal. The fort was built by Great Emperor Akbar in 1565 A.D.

? Taj Mahal is one of the seven wonders of the World. The beautiful white marble architecture was built by Mughal Emperor Shah Jahan in memory of his beloved wife Mumtaz Mahal, died during the birth of their 14th child.

? Fatehpur Sikir, the City of Victory, was built by the Emperor Akbar, it was the capital of the Mughal Empire for 10 years. Within the city there are many palaces and building with beautiful architecture, using a mix of Persian and Hindu design, to enjoy.

? Keoladeo National Park is named after the Shiva temple within its compound. Known for its migratory birds, the park used to be hunting ground for the Maharajas (Indian prince) of Bharatpur.

? Jaipur Old City is know for its pink walls. Visit the Hawa Mahal (Wind Palace) which was built so the ladies of the court could look out at the street without being seen. 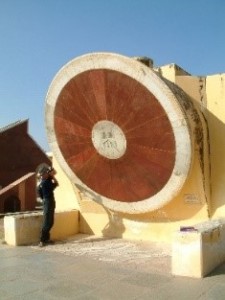 ? Ambar Fort although it looked rugged and time-raved on the outside, the interiors are virtually paradise. 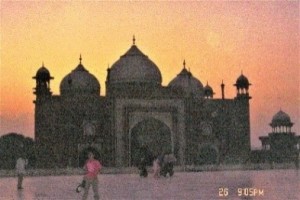 Miniatures painted on the walls depict hunting and war scenes, apart from festivals. Precious stones and mirrors are embedded into the plaster. Visit semi-precious stone cutting and Rajasthani Handicraft Centre. (Enjoy an elephant ride on the way up to the fort.

? Jantar Mantar is the largest stone and marble crafted observatory in the world. It has 17 large instruments and most are still in working conditions. (It is located just outside the Palace.)

? City Palace, the former Royal residence, part of it converted into a museum. Part of it is converted into a museum and a small portion of the palace is still used by the Royal family of Jaipur. Built in the style of fortified campus, the palace covers almost one-seventh of the city. A major attraction, the Armoury Museum houses weapons once used by the royal families of Jaipur.

? Raj Ghat is the memorial of Mahatma Gandhi, the Father of the Nation. A black stone platform in an open-air complex marks the spot there Ghandi was cremated. A flame constantly burns at one ends of the platform. (Visitors are required to remove their footwear before they enter Raj Ghat) Also close to the Raj Ghat is the memorial of Jawaharlal Nehru, known as Shantivan.

Note: Sequence of itinerary may change due to domestic flights availability or any other operational reasons and timings are only an estimate.